BE PREPARED to DISCUSS the WORLD!

The Foreign Policy Association, Great Decisions Program explores policy options for the eight (8) most critical issues facing America each year, these issues serve as the focal text for discussion groups across the country.

The Savannah Council on World Affairs is pleased to sponsor Great Decisions under the voluntary leadership of SCWA Board Member, Mohamed H. Mukhtar, Ph.D. 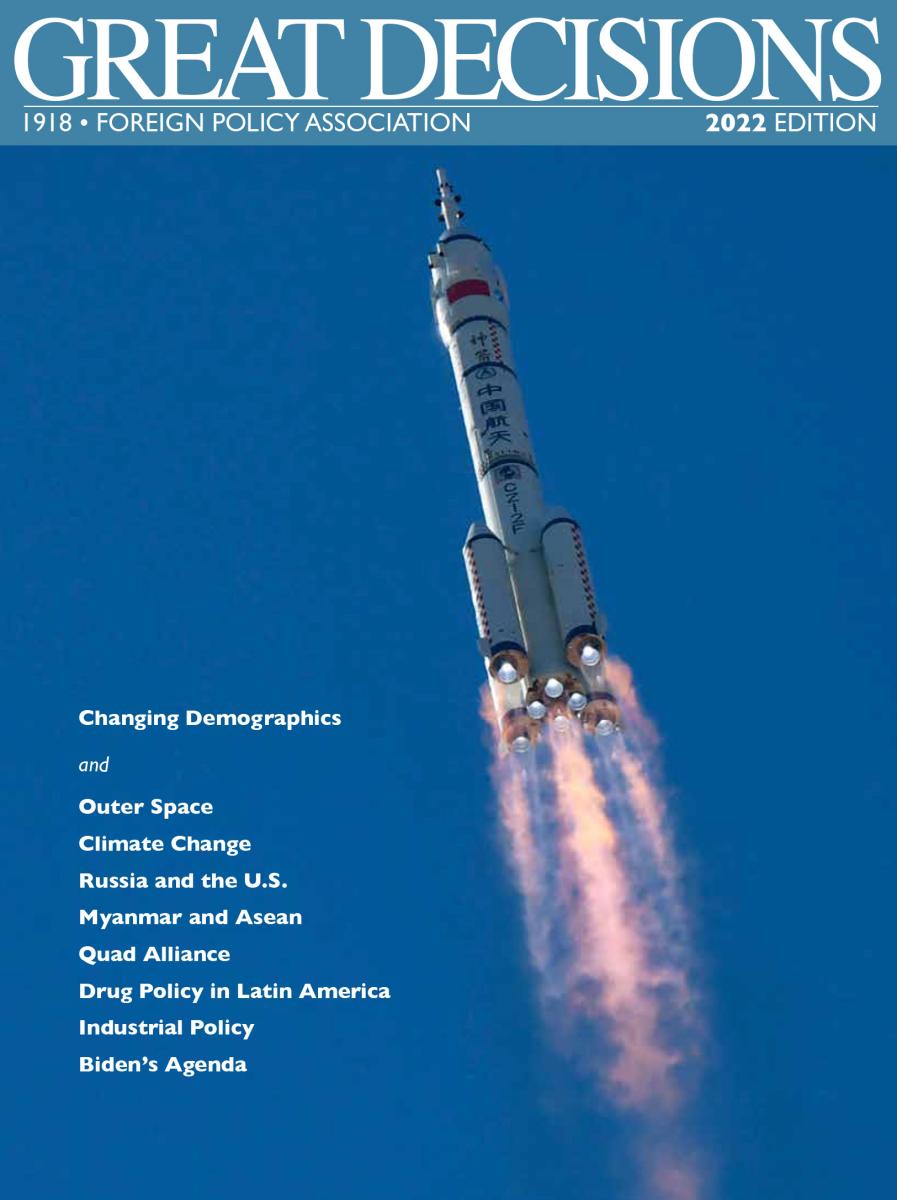 StreamN’ has revolutionized documentary viewing and brings some of the world’s most critical issues to heart through high-quality, nonfiction content.  Amongst SCWA Members’ recommendations, we’ve picked out some favorites.

“In one of the world’s most populated cities, cows, rats, monkeys, frogs, and hogs jostle cheek-by-jowl with people. Here, two brothers fall in love with a bird – the black kite. From their makeshift bird hospital in their tiny basement, the “kite brothers” care for thousands of these mesmeric creatures that drop daily from New Delhi’s smog-choked skies. As environmental toxicity and civil unrest escalate, the relationship between this Muslim family and the neglected kite forms a poetic chronicle of the city’s collapsing ecology and rising social tensions.” (imbd.com)

SCWA is pleased to support the Foreign Policy Association’s Great Decisions under the leadership of SCWA Board Member, Mohamed H. Mukhtar, Ph.D.

Thursday, September 15: “What did President Biden
Accomplish on his Trip to the Middle East?”,
Ambassador (ret.) Douglas A. Silliman

Dr. Jeannie Johnson, Strategic Culture and the Warfighter: What America’s Counterinsurgency Past Says About its Security Future

Dr. John R. Deni, COALITION OF THE unWILLING and unABLE: European Realignment and the Future of American Geopolitics